An Invitation from Massachusetts Institute of Technology

An Invitation from Massachusetts Institute of Technology

Prabhupada was well aware of the worldwide prestige of the Massachusetts Institute of Technology in Cambridge. Many Indians went there to study. It was, in fact, an Indian organization that invited Prabhupada to speak. When Prabhupada arrived in the evening, he found over a hundred people waiting in the carpeted, luxurious student lounge where he was to lecture. Some students were sitting on the floor, while others sat on the leather-upholstered couches and chairs scattered casually throughout the room.

Although it was time for the lecture to begin, the devotees had still not arrived with the paraphernalia. There was no flower garland for Prabhupada, no painting of Krsna, and no sign with the maha-mantra. The audience waited.

In anxiety, Satsvarupa asked Prabhupada, "Can you begin without the painting?" Looking at the large, momentous gathering, Srila Prabhupada said simply, "Painting is not important." He sat on the plain wooden platform and, since the musical instruments had not arrived, asked one of the devotees to play the Hare Krsna album. Prabhupada sat clapping his hands in time and listening. 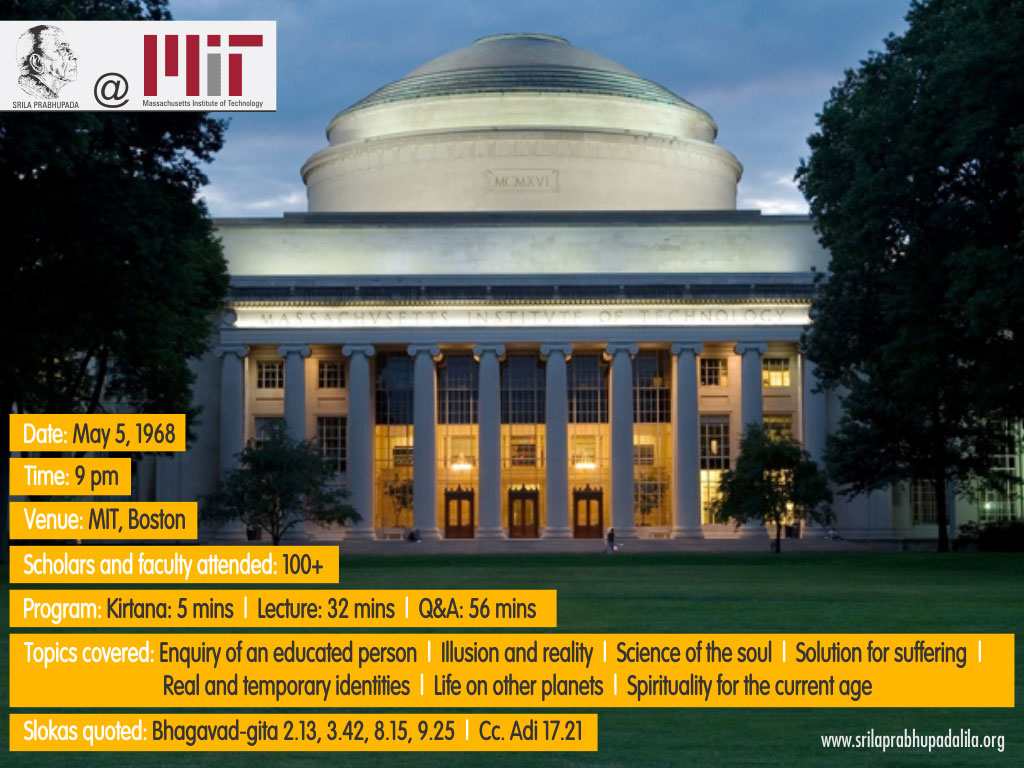 Prabhupada spoke boldly, challenging the very concepts underlying MIT. Where in this big university, he asked, is a department for studying the technology of the soul, for understanding that principle which distinguishes a living body from a dead body, that principle which when present in the body gives life and when absent brings death? Where is the science to study this all-important principle of life? Although scientists consider life to be merely chemicals or electric impulses, he argued, still they are unable to assemble the chemicals and produce life. Why? There is no department in this university for answering this question, and therefore people are in ignorance. They don't know the self or the next life or the purpose of human life beyond animal activities. This science, however, is taught in the Bhagavad-gita. 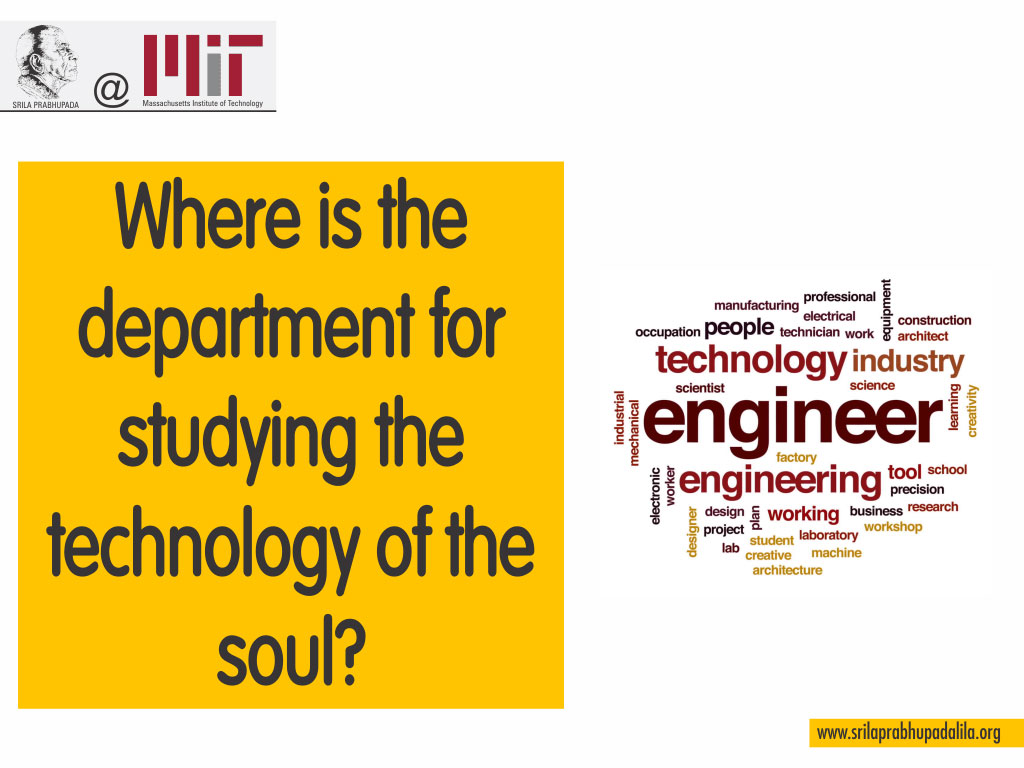 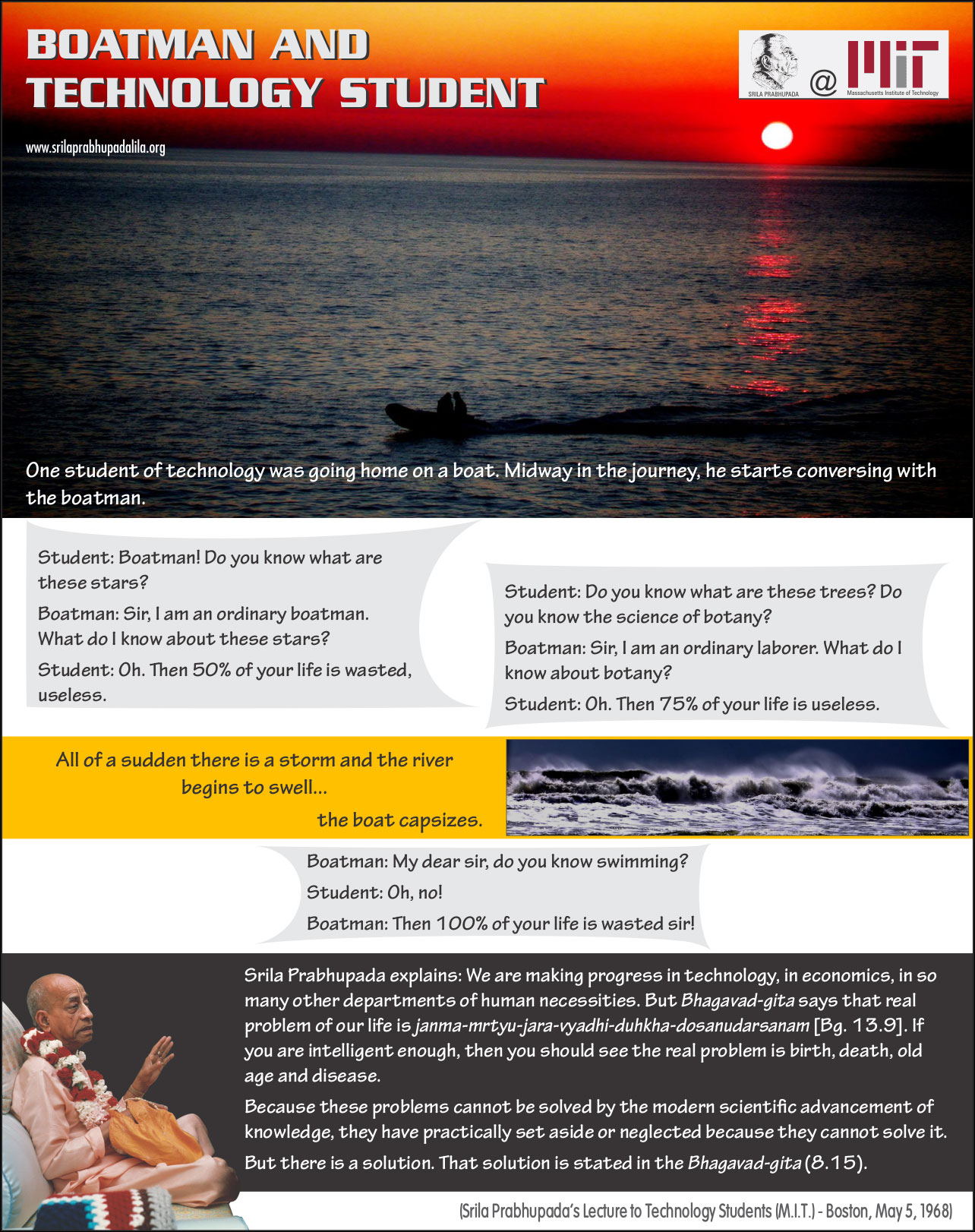 We do not ask you to stop your technological advancement 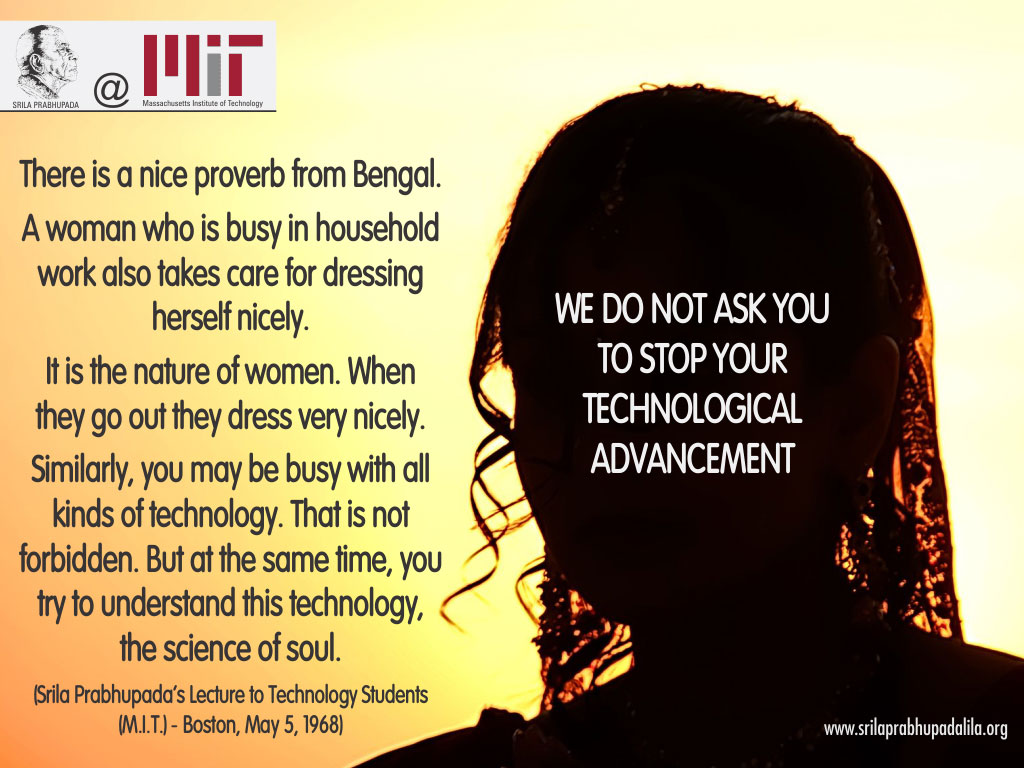